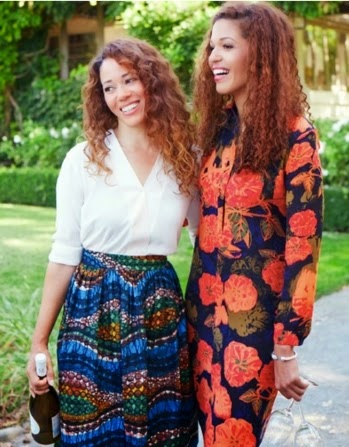 The McBride Sisters, both grew up in wine country, Robin in Monterrey, CA, Andréa in New Zealand and neither knowing the other existed for more than half their lives. However, in 1999, they were connected by their paternal family in an effort to satisfy the final wish of their father. Once they met, they became inseparable, and eventually their enjoyment of wine became not only a passion, but also a business. Their latest venture, Truvée Wines, actually got its name from the french verb that means "to find," and references their uncanny history. 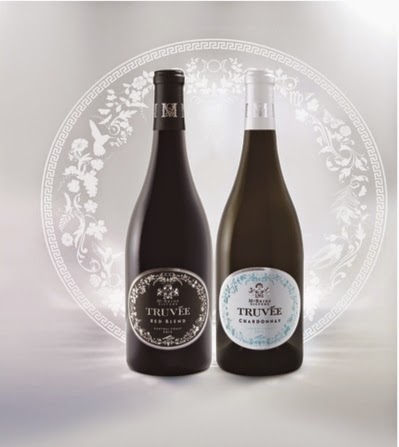 As the négociant of Truvée Wines, the sisters, who are the first known African American women to own a wine company, recently released a 2013 Chardonnay and a 2013 Grenache-based red blend. Both come from sustainably-grown grapes and retail for around $15.99 per bottle. The Chardonnay's flavor is balanced, fruit-forward and presents flavors of apple, pear, citrus, vanilla and oak with notes of white florals. In layman's terms, it's not too sweet, not too earthy, not to tangy and its flavor is light enough to enjoy on its own but also robust enough to stand up to food. The red blend is a bit complex, but very approachable, with flavors of dark fruit, berries and spice. There are also notes of cocoa, caramel and oak. Simply put, it has lots of flavor but no strong aftertaste. It's not super sweet, but it's not too bitter either. It's also versatile— great for sipping to unwind or with a hearty meal. 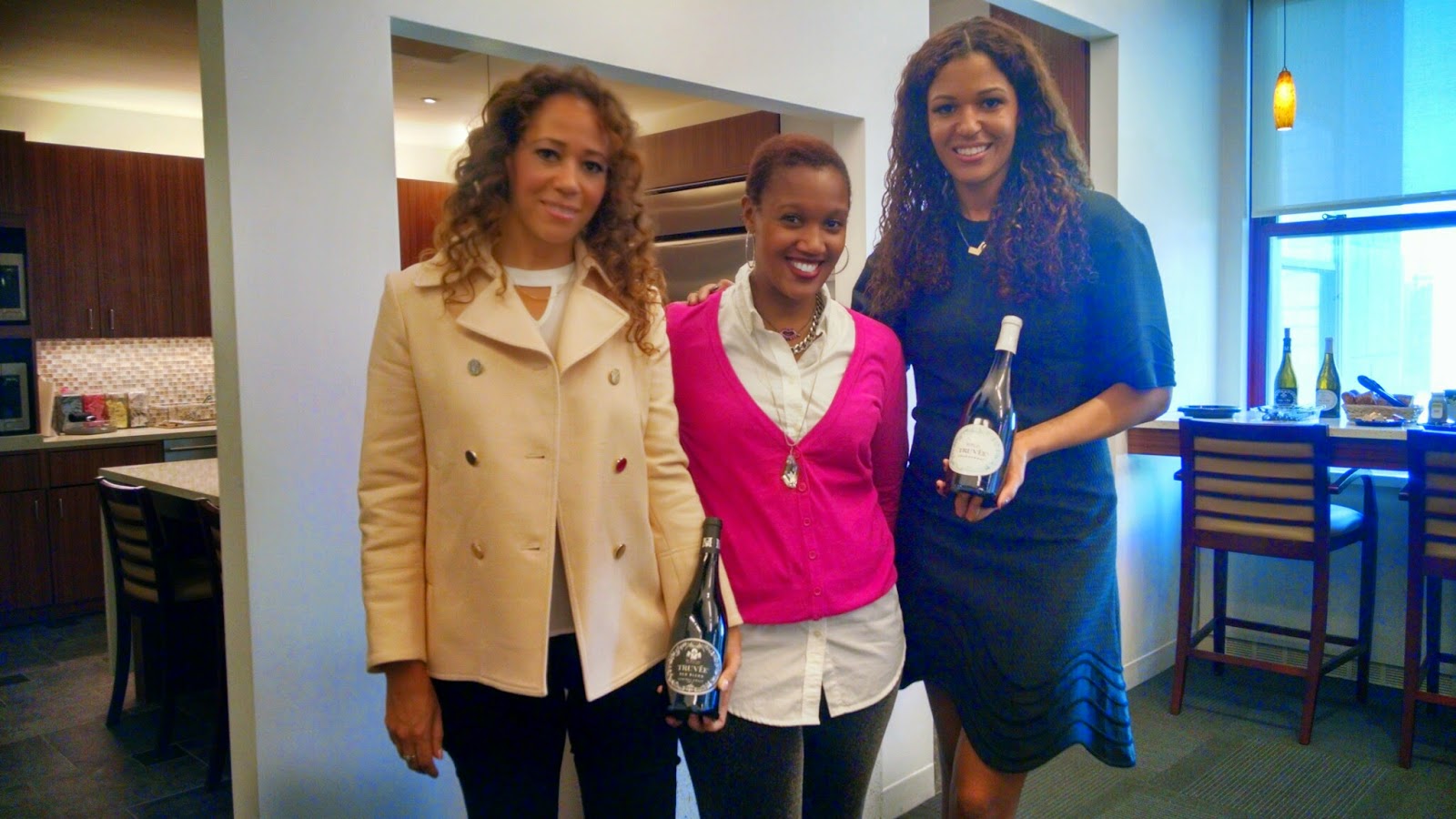 I recently had the opportunity to meet Robin and Andréa in NYC, where I was able to taste their wines, learn their story and chat about shoes. I was interested to learn that Robin lived in Atlanta, GA during the same time that I did. She actually learned that she had a sister via a snail-mailed letter that an aunt had sent from Montgomery, AL. She called said aunt upon reading the letter, and Andréa was coincidentally (kismet-ly) visiting at that time. The two talked and made arrangements to meet each other and their new-found family members in their father's native New York. The rest, as they say, is history (or herstory... it is, after all, Women's History Month). I was also fascinated by the number of ways their specially-designed brand (and family crest), along with their bottle labels reference their story. They let me know that the designer even hid symbols, such as engagement rings, in the label design. Finding them all actually added to the fun of drinking the wine. 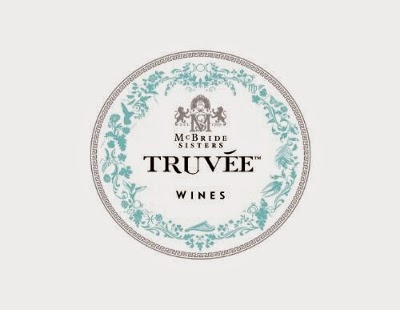 After a lengthy shoe chat, I challenged the McBride sisters to pair shoes with their wines. Here's what they suggest: 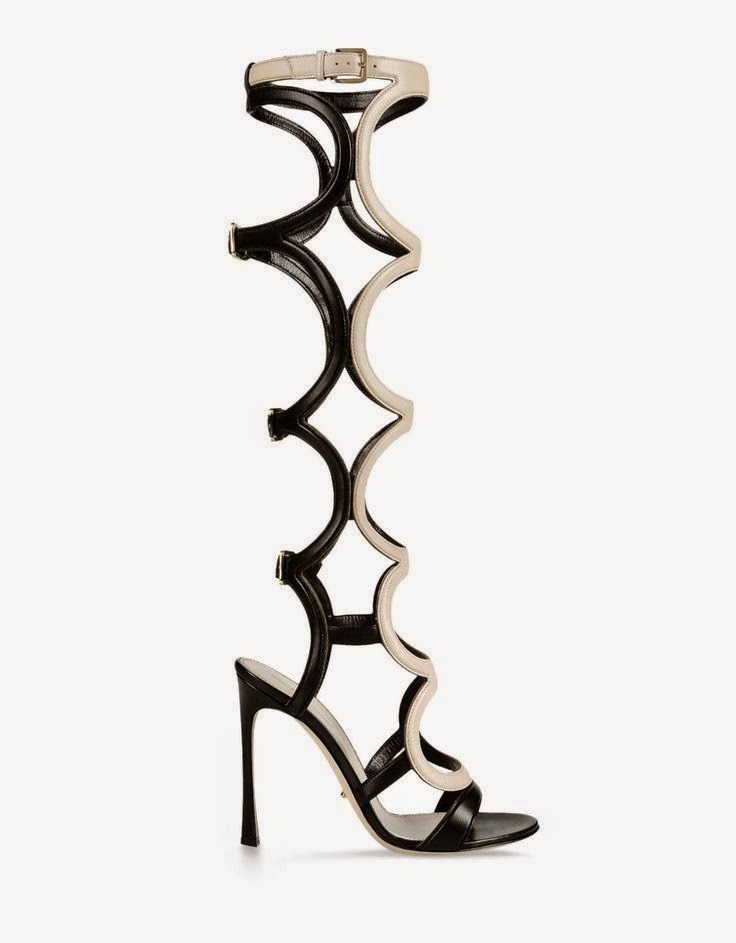 Robin: this "Arabesque" tall sandal by Sergio Rossi reflects the layered complexity of the 2013 Red Blend. 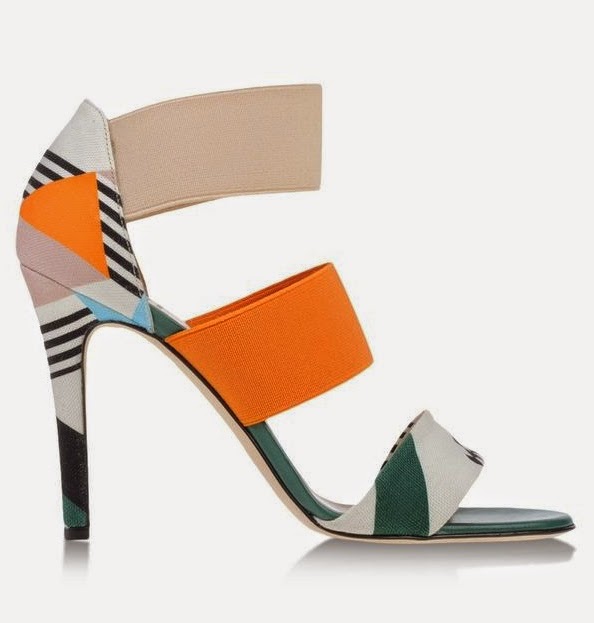 Andréa: the colors in this printed sandal by MSGM reflect the bright notes and citrus flavors in the 2013 Chardonnay. ($455 on Shopbazaar.com)

I also couldn't help but do my own pairings: 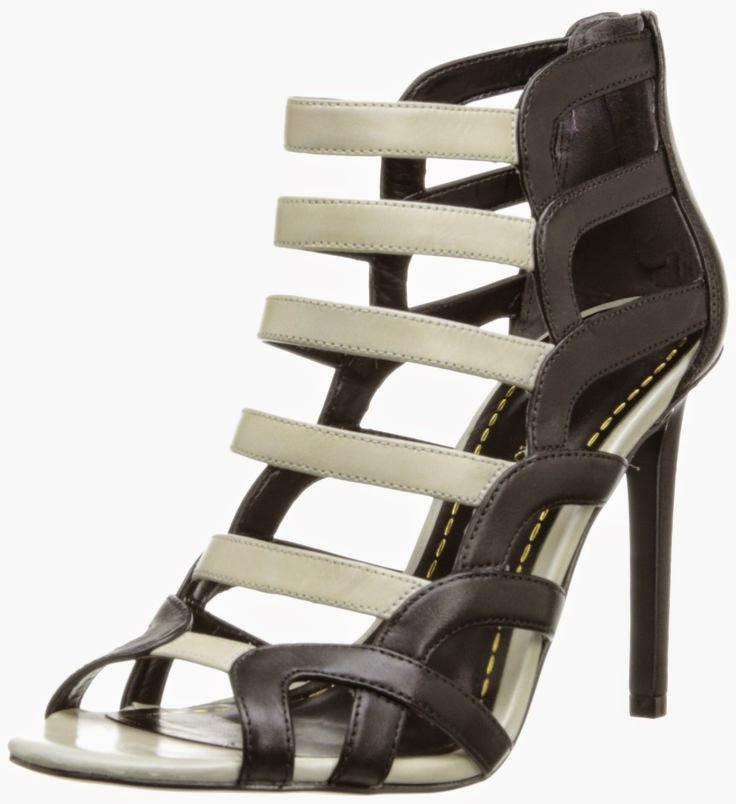 I like the idea of a monochromatic look for the red blend because it references the balanced flavor. The caged silhouette of this sandal also speaks to the complexity of the wine. I also selected this "Brien" sandal by Enzo Angiolini because it's more affordable than it looks (less than $70 on Amazon.com), yet there's something almost laid-back about its vibe. 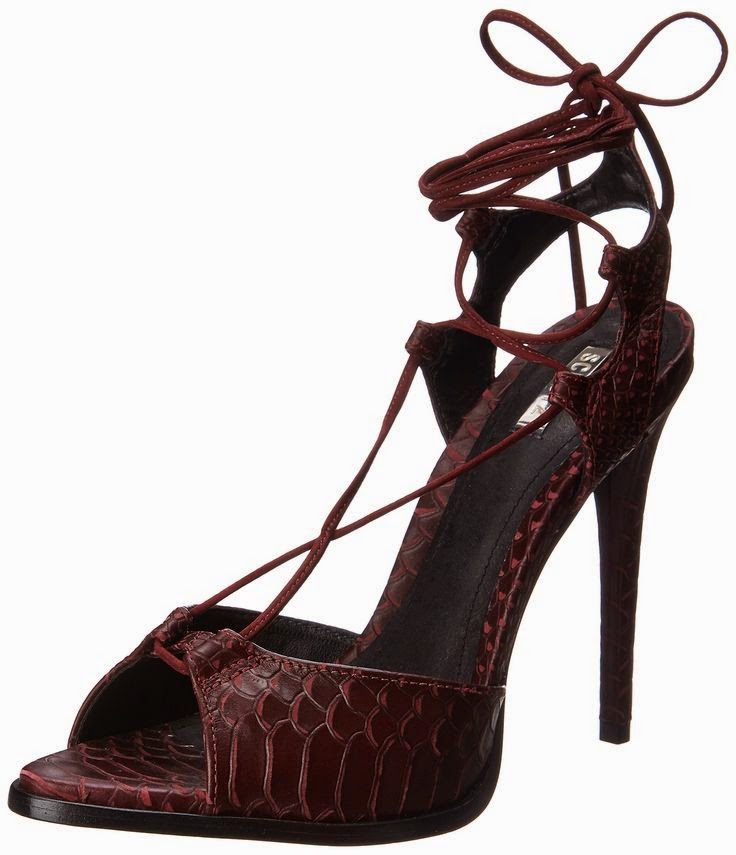 As a bonus, I selected this "Oriana" lace-up sandal by Schutz. The color matches, and it has a refined edge. It's also still fairly affordable at $200, which reflects the surprisingly low price of Truvée Wines 2013 Red Blend. (Available at Amazon.com) 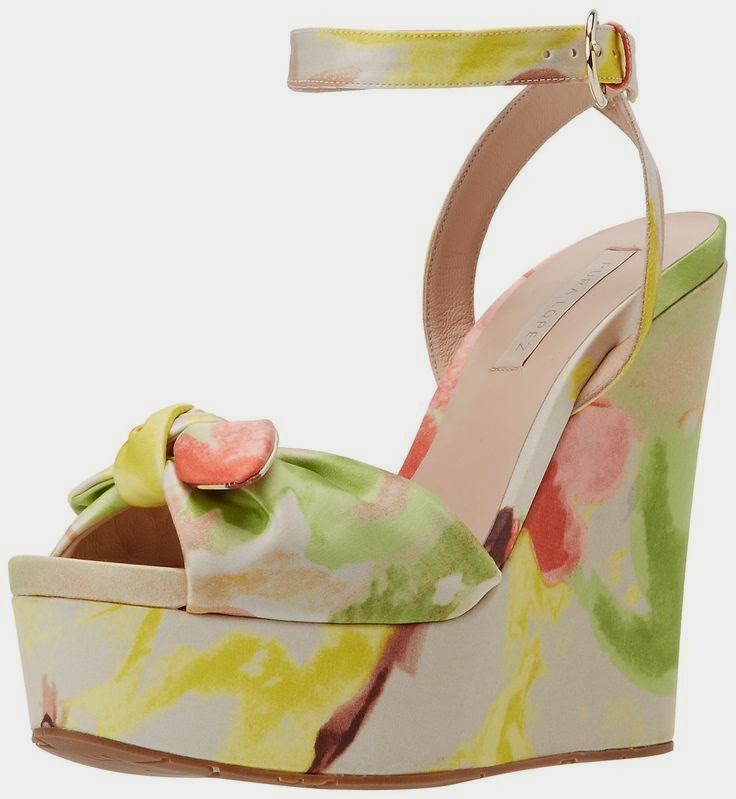 I agreed with Andréa that the shoe paired with the Chardonnay should have colors that reference the bright notes and fruit flavors in the wine. My thought, though, is that the wine reminds me of a backyard lunch with friends— a little laid-back, a little luxe and very stylish. This floral print wedge sandal from Pura Lopez fit the bill perfectly and has a price tag under $300. (Available at Amazon.com)

I also promised Robin a Shoe Sleuth round-up featuring nude pumps, as she's on the hunt. Stay tuned for that.

Are you into red wine or white wine? How many symbols did you find in the image of the Truvée Wines label?
Yours Shoely, Nafeesa