Yes you. Here's how you can win shoes, luggage or a designer watch. STLTO Wine recently launched a sweepstakes with shoe designer, Taryn Rose and apparel and accessories designer, Adrienne Vittadini. The grand prize winner will receive a shopping spree for ten pairs of Taryn Rose shoes, first runner up will be awarded an Adrienne Vittadini Luggage set and the next 10 runners up will win Adrienne Vittadini watches.  To enter and/or learn more, click the image below or visit STLTOWINE.com.

I may not be able to enter with you, but I can sip while you click. I'm all about a wine that pays such fitting tribute to shoes and one of Italy's biggest contributions to my favorite accessory. That said, I sure hope you wine, I mean win.

London Fashion Week is a wrap for this season, and the excitement has moved on to Milan. The shoes presented on the RTW runways indicate that Spring 2015 will be have London's style set choosing between dainty, chunky and sporty. And then there were the wild ones... those were our favorites. One of these seasons, someone from Shoes N Booze will get to the shows across the Atlantic, but this time, we had to live vicariously through our social media feeds.


Sophia Webster shoes are our spirit animal. No matter the season, she delights with bright colors, whimsical touches and an ultra-feminine aesthetic. Her SS15 collection, "Jungle is Massive" took a cue from all things untamed— and somehow added a cute factor. We're in absolute awe!

Roksanda Ilincic chose brooklyn-based sculptor, Julia Dault's work as her muse for Spring '15. (Every season, she draws inspiration from the work of an artist, so at the end of this show, she informed her audience before anyone had the chance to ask who it was.) Bold colors and geometric details characterized both the clothes and the shoes, which were a collaboration with Nicholas Kirkwood (a Shoes N Booze fave). We fell in love with the slightly curved heels and contrasting brights on these sandals.


During the 70s, rock groupies were influencers in their own right, and Henry Holland paid homage to them with is Spring 2015 collection. The pieces on his runway evoked words like gogo-glam and flower power. This sandal sums up both concepts in one step with its petal-like back, iridescent trim and tasseled ties.


"I create for a complex woman who can only live in chaos"— Toga's designer, Yasuko Furuta. Uh yea, that pretty much sums up the Shoes N Booze crew. No wonder we loved the shoes from her Spring 2015 ready-to-wear collection so much. These architectural sandals with their PLV inserts, multi-level wedge heels and color blocking are just the right amount of crazy.

Antonion Berardi found inspiration for Spring '15 in the film The Flowers of War.  This translated into dresses, etc. in prints that referenced the refracted light of stained glass windows in a church. The shoes, a collaboration with Rupert Sanderson, were a literal interpretation— at least this pair was, with it's metallic straps and floral appliques. We think they're beautiful.

What about you? Did you have any favorites from London Fashion Week that we didn't mention? If they make it to production, maybe we can pair them with a cocktail once the season gets here.

New York Fashion Week has come to an end, and Spring/ Summer 2015 has a head-spinning variety of styles in store. There were so many shows and so many shoes (as always). We're simultaneously catching our breath from all the amzing pieces and trying to keep up with the coverage of London Fashion Week, but we managed to find our top #NYFW picks.

The Project Runway alum said in his notes that he drew inspiration for this collection from the multidimensional glass sculptures of Australian sculptor Sergio Redegalli. We think these shoes are the stuff of fairy tales, especially the silver iridescent pair at the top center and the white mules with the mint green perspex heels.

Inspirations for the apparel at the J. Crew Spring 2015 RTW presentation ran the gamut from sports to stars to South American textiles, resulting in a collection that that epitomized elevated cool. The shoes were gorgeous. This iridescent sandal, with its dainty heel and slender straps, took our breath away. We're coveting the entire collection, though.


A favorite among the red carpet crowd, Monique Lhuillier, recalled a recent trip to Harbour Island in the Bahamas for her Spring 2105 collection. She was moved by the blush and lilac tones, and she was inspired by the reflective, rippling water. Consequently, most of her had an element of sparkle or shimmer (and then there were those effervescent pink dresses). The shoes shined as well. This clear-heeled gold sandal is on our must-get list.


According to her instagram, Marissa Webb's shoes didn't arrive in time for her presentation. As a result, Ivy Kirzhner's (already-available-online yay!) footwear marched down the runway with her collection— a mash-up of tough, sweet and easy that will likely gain traction with the street style set. This particular pair— studded gladiator sandal with cutouts, lots of hardware and a dash of cowgirl inspiration— reminded us of Xena, one of our favorite on-screen tough chicks.


An ode to the outdoors, Kate Spade's Spring 2015 collection was a sartorial invitation to "Escape the Ordinary." (Ya know, the cubicle, the constant staring at screens, the concrete jungle...) Leisure-in-spirit clothing was complemented by quirky accessories and easy, wear-all-day shoes. This lace-up sandal, with its block heel and dotted cutout pattern, has us fantasizing about dining alfresco on a sunny afternoon.

We bet you had your own favorites from the New York shows... We'd love to know what they were (so that maybe we can pair them with great cocktails once the season arrives).
Yours Shoely, Nafeesa No comments:

Summer is the season for al fresco brunching, but as we approach Autumn, what's a girl to do with her Saturday and Sunday afternoons (especially if she's not into football)? We say get a little more personal and host a brunch for a few friends at home. Entertaining expert, Limor Suss, has provided us with 5 quick tips to get you started.

Of course, for us, the focal point of brunch (once you've selected your shoes) is liberal libations. Suss suggests keeping it simple by making a punch so that you can spend your time chatting with friends instead of constantly shaking or blending drinks. Since we're entering the fall season, something with a hint of cinnamon, like this Pinnacle Vodka cocktail, is a great idea. 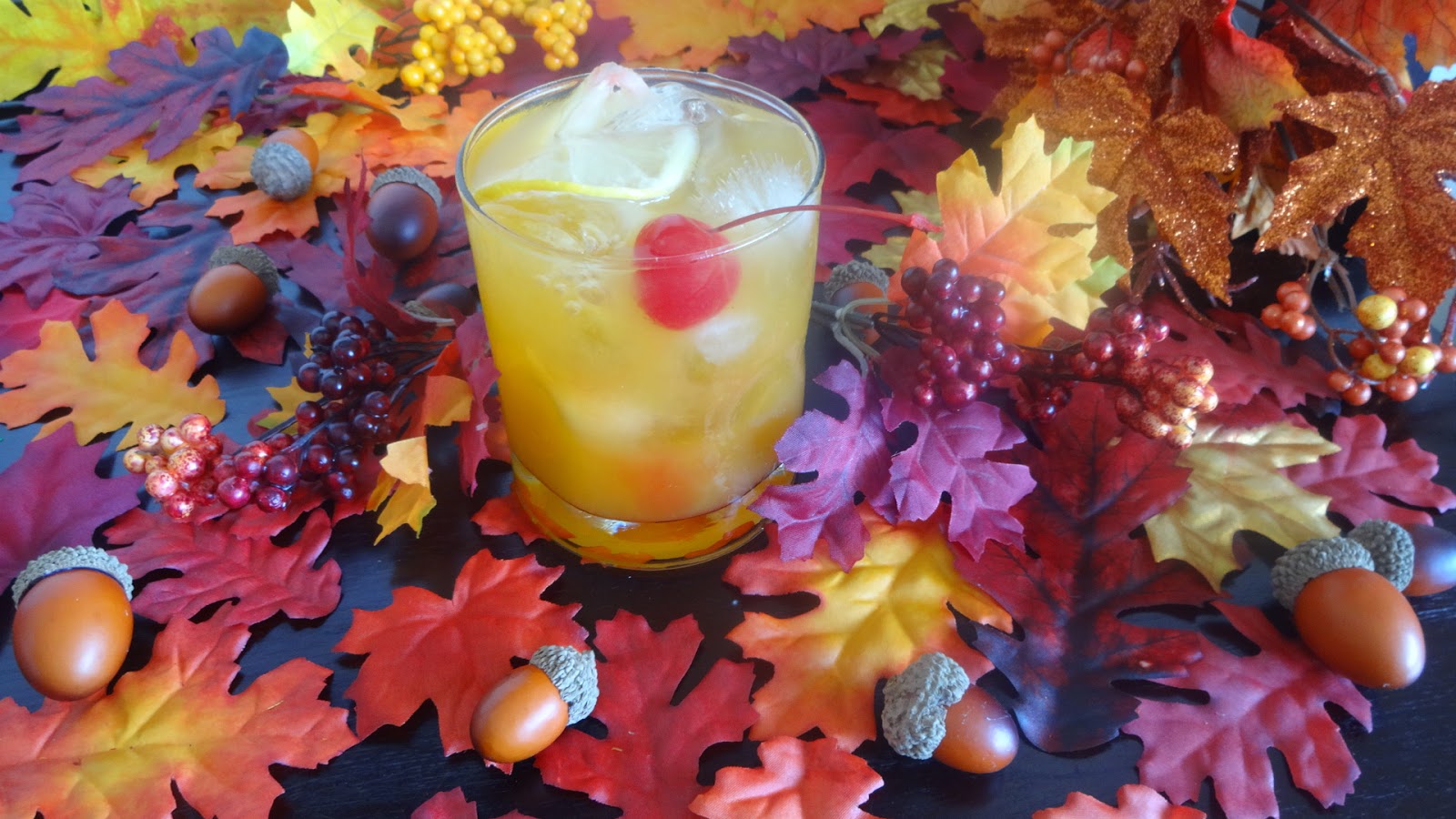 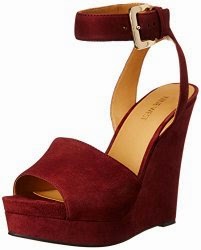 Stumped on which shoes to wear? We suggest wearing a casual wedge, like this Leighann sandal by Nine West. Since it's suede, it's the perfect transitional shoe. Plus, it'll add simple sophistication to jeans or a maxi dress.

Suss' other tips:
*Image of Limor Suss via LimorSuss.com. Cocktail courtesy of Pinnacle Vodka. Shoe Image via Amazon.com, where Shoes N Booze is an affiliate site.